No Result
View All Result

Countries where the economy is growing despite the pandemic 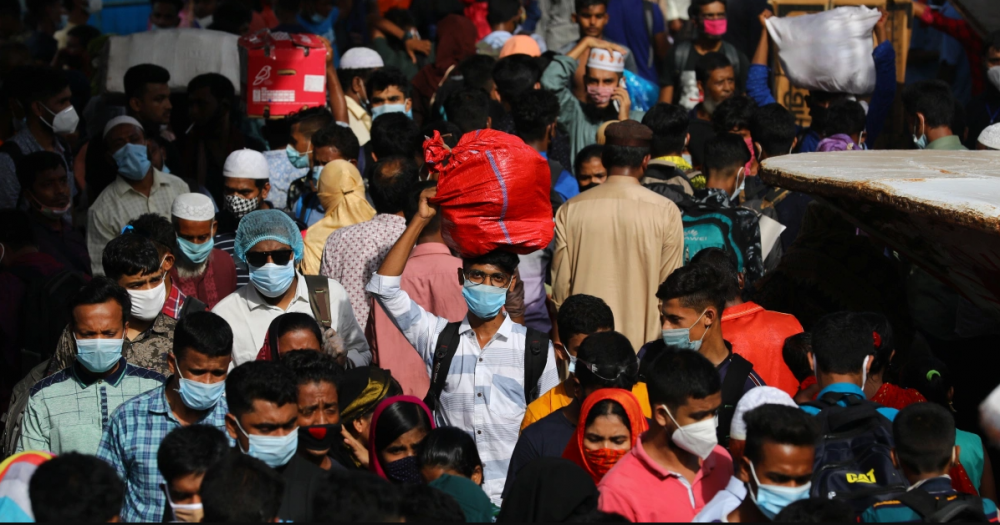 The International Monetary Fund forecasts that the global economy will shrink by 4.4% by 2020 – the main reason being the coronavirus-caused pandemic. According to the same data, the situation is relatively stable in the regions of East Asia and North Africa, although in most countries of the world the economy is shrinking significantly. Trends in economic growth and decline in most countries are linked to the proper use of resources and the effectiveness of covidium management.

The list of TOP-10 countries where the economy is forecast to grow by the IMF in 2020 is as follows:

The economic growth rates of the Republic of Guyana look impressive against the background of the pandemic. It is the only country where double-digit GDP growth will be recorded this year. The economic success of the republic on the South American continent is linked to the oil fields discovered a few years ago. We are talking about billions of barrels of minerals, the extraction of which has already begun. The IMF predicts that despite the pandemic, excess natural resources will ensure the stable growth of the country’s economy over the next few years. According to the calculations of the Financial Institute, the economy of the Republic of Guyana will grow by 8.1% in 2021, by 29.5% in 2022 and by 22.3% in 2023.

The Bangladeshi government declared Lockdown from March 23 to the end of May and halted the first wave of pandemic spread somewhat.

Although Bangladesh’s economy was hit hard in March and April, the country was able to boost domestic production in the third quarter, with exports in July and August even surpassing data for the same period last year. Among the determinants of economic growth in Bangladesh are the growth of foreign trade, the increase in remittances and the resilience of the private sector. Although the number of confirmed coronavirus cases in the country reaches half a million, the Bangladeshi government still has no plans to introduce a new Lockdown.

A powerful wave of the Egyptian pandemic swept through the period from May to July and dealt the country’s economy the hardest hit. The tourism industry faced a collapse and the volume of remittances from Arab countries decreased, which drastically reduced the previous forecasts of economic growth. Nevertheless, Egypt still manages to boost its own economy and maintain stability. It is noteworthy that the stabilizing epidemiological situation in the third quarter has recently somewhat worsened, which has led to tightening of regulations by the government of the country.

The first case of coronavirus in Rwanda was reported in late March, prompting the government to impose strict quarantine measures. In response, Rwanda’s economy shrank by 12.4% in the second quarter of this year, although the country is still projected to grow at a 2% annual GDP per year. In Rwanda, in the very first phase of the fight against coronavirus, detachments of health workers, police and medical college students were formed to make contact with the virus as accessible as possible, which drastically reduced the spread of the infection. Rwanda’s GDP growth in the wake of the coronapandemic has been linked to a stable economy and low rates of virus spread.

The Myanmar government imposed export tax breaks before the first confirmed case of covidia in the country. The economic crisis has particularly affected the manufacturing sector, which is why, according to the government decision, more than 2,000 small and medium-sized businesses received low-interest loans. In early April, when most countries were battling the first wave of pandemics, the Myanmar government devoted a large portion of its resources to stimulating manufacturing, construction and services.

In the very first phase of the spread of the virus, the Benin government adopted restrictive regulations to reduce the mobility of the population, thus preventing the spread of the pandemic. It should be noted that Benin is one of the smallest states on the African continent, located at a strategically important location. The main driving force of its economy is the port of Cotonou, through which shipping of cargo is carried out. In addition to the port, Benin’s economic growth is also linked to an increase in demand for cotton, its main export commodity.

China is showing record positive results in the fight against coronavirus. In a country where 1.4 billion people live and from where the Covid-19 virus has spread, the pandemic has virtually stopped. According to the latest data, the number of active cases of infected people has decreased to 270. The success against the pandemic is linked to China’s authoritarian rule, which has been able to crack down on the virus in the early stages of its spread. At the same time, the vast majority of the Chinese population found themselves willing to respond obediently to the established regulations, resulting in the localization of the spread of the virus within the country. It should be noted that among the largest economies in the world, China is the only country where the economy will grow this year.

The Tanzanian government has rejected Lockdown on the grounds of maintaining economic growth. Nevertheless, according to official data, the scale of the spread of coronavirus in the country is quite small. It should be noted that the accuracy of the statistics published by the Tanzanian government is questioned, although it is clear that the country’s economy will grow by 1.9% this year. Tanzania is home to the port of Dar Salam, a trade hub for East and Central African countries. The government of the country also plans to build another port, which will make the prospects for economic growth even more real.

Ethiopia has one of the fastest growing economies on the African continent. Its average annual GDP growth rate is around 10%. In recent years, thanks to its strategically important location and cheap labor, the country has been able to attract investment and develop production. As for the fight against Covid-19, it is noteworthy that Ethiopia was able to stop the pandemic in the early stages of the virus. The Ethiopian government has helped stimulate local production through aid from international donors. According to the IMF, the Ethiopian economy will start recovering at the old pace from 2022.

As for Georgia, the dramatically increased number of people infected with the coronavirus recently puts a heavy burden on the healthcare system. Georgia is among the countries where the inevitable economic downturn is expected. The forecasts are supported by the statistics of the past months and the current situation. According to the IMF’s October report (“World Economic Outlook”), the Georgian economy will shrink by 5% this year, but it should be noted that the next growth package of measures taken by the Georgian government a few days ago will affect the country’s economic growth / decline. It should be noted that the financial institution replaced the pre-existing 5% growth forecast of the Georgian economy of 2021 with 4.3% a few weeks ago.

Trump says if Elon Musk allows it, he will not return to Twitter

Dubai is the first city to no longer use paper

No Result
View All Result